Crime and Corruption another Pandemic wave to South Africans. 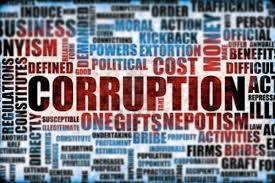 In the midst of a Global Pandemic South Africa is facing a crime and corruption storm.
The Police Minister Bheki Cele was delivering a report on Crime Statistics in the country from the previous year 2019 and 2020 so far. In the report the Kwazulu Natal province was labeled the Capital with regards to criminal activities including Murder, mugging,Rape amongst others overtaking the Western Cape province. The Inanda and Umlazi Townships were reported as hotspots areas for crime activities,followed by the Gauteng province. Minister Bheki Cele raised concerns over educational institutions becoming hotbeds for murder and sexual offences.

In a recent case a well known comedian Andrew Hughes known for his video skits was murdered following a shootout in Wentworth Durban,where violent shootings have been taking place in the past few days in the area, not much has been reported about these incidents, caused by Drug Turf wars.

Meanwhile former Cabinet Minister’s wife Norma Gigaba was arrested on Friday the 31st of July for assault, Crimen injuria and malicious damage to property, it is alleged that Norma Gigaba damaged a mercedes Benz G63-Class belonging to Malusi Gigaba’s friend Peterson Siyaya, a video posted on Trade Unionist Peterson Siyaya’s Instagram account showed how Gigaba’s wife scratched the SUV. She was released on a R5000 bail post over the weekend and has since appeared in court on the 3rd of August and the case is set to resume in September. Questions were asked about why the case was handled by the Hawks instead of the SAPS like any other case of this nature,but it was revealed that there was more to this case than it met the eye. It is alleged that in May Malusi Gigaba received a tip-off that his wife was planning to kill him, an investigation of attempted murder is currently underway conducted by the Hawks.

A corruption wave implicating Government officials is sweeping South Africa. Covid-19 corruption scandals were no suprise to the citizens of this country. There are allegations of fraud in Personal protective equipment (PPE’s) tender of R125 Million in the Gauteng province implicating Gauteng’s health MEC Bandile Masuku. The tender was awarded to Royal Bhaca a company connected to the presidential spokesperson Khusela Diko’s husband King Thandisizwe Diko. Bandile Masuku who was placed on a leave of absence by Premier David Makhura over these allegations is temporarily replaced by Transport MEC Jacob Mamabolo.
This has however made SANCO to question the leadership of Premier David Makhura over his decision to replace the Health Minister with a candidate that has no health backround and accusing him of hiding corruption in office and has asked him to step down as the premier of the province. The investigations are still underway on these scandals and the Special Investigation Unit is handling the matter.

South Africa is fighting numerous viruses in the wake of a global Pandemic. To date the numbers of confirmed Covid-19 Cases in South Africa are sitting at 511 485 and 347 227 people have recovered translating to a 68% recovery rate and at least 8,366 have succumbed to the virus.