Loyiso Gijana uses his music to fight against femicide.

The FreeState ANCYL calls on the president to remove the Minister of Enterprise Mr. Pravin Gordhan over the claim made by Deputy President David Mabuza

Johann Rupert replaces Nicky Oppenhiemer as South Africa’s richest man reaching a net worth of $7.36 billion from $6,55 billion in 2019

One of SA’s top matriculants moved out of home, lived alone to prepare for final exams

11 years since the King of pop died.

The world mourns 11-years since Micheal Jackson “The king of pop” passed away. Michael Jackson was born on the 29th of August and died on the 25th of June 2009, An international pop star, award-winning songwriter entertainer, influencer, and the frontliner of the Pop culture who sold over 350 million records worldwide, Michael Jackson is the best selling pop star of all times. famously known for his signature dance moves like the “Moonwalk” and his signature costumes, including gloves and a black hat. Michael Jackson was the 8th child of Jackson’s family and also part of the family band “The Jacksons 5”, he later went to pursue his solo career in 1971 and became the most successful solo pop artist to ever walk the earth. Tributes poured in as fans remembered Michael Jackson as a hero for the pop culture music. His daughter Paris Jackson also paid tribute to his father and said she felt pressure to fill his father’s shoes. The king lives on.
Read Article
Read Article
Posts
apology shabangu

With most economic activities now back to full operations amid Lockdown Level-3, South Africans can start experiencing load shedding in some parts of the country. This is due to the high demand for power and constraints in the power system. Addressing members of parliament Deputy president David Mabuza has raised concerns over illegal connections that consume power without returns sighting that these are some of the contributing factors to the expected disruptions. Eskom is one of the embattled entities in the country owing Billions in debts and some municipalities still owing Eskom for power supply. He said another focus on the power utility was the completion of the new unit that will deliver additional energy capacity and fast-tracking the emergency procurement of additional energy generation through independent power producers. Four Units have unexpectedly collapsed causing heavy loads to the remaining powerplants supplying power. The breakdowns happened to a unit at Kendal, Majuba, and Lethabo power stations. A unit at Duvha and Tutuka power stations had also not returned to service as expected, it said. In addition, a further Kendal unit was taken off due to technical difficulties and to address emissions, said Eskom. However, Eskom has vowed to keep the lights on during this season where the demand for power is high due to the frequent usage of geysers, heaters, and all appliances that keep South Africans warm. On an online briefing hosted by South African National Energy Association(SANEA) Eskom’s CEO, Andrea De Ruyter said even though South Africa’s power system remained unpredictable the utility was planing at avoiding power cuts during this cold season. Eskom was one of the embattled state-owned entities that were excluded from the emergency supplementary budget that was delivered by Finance Minister Tito Mboweni.
Read Article
Read Article
Posts
apology shabangu

Its been a month since TV productions resumed after the strict level 5 lockdown imposed as a measure to flatten the curve of COVID-19, most people enjoying the return of new episodes of their favorite soapies and drama series on screens, most of which have now gone back to ceasing filming. The cast and crew of The River Mzansi halted production after a staff member tested positive for Covid-19, the staff member’s identity was withheld for privacy reasons. SABC 2 ‘s Muvhango cast and crew also stopped production due to a staff member who was exposed to a positive patient, in an official statement issued by Muvhango they stated that they were prioritizing safety and sent the cast and crew home for self-isolation. Skeem Sam is also one of the TV productions that had to stop filming because of a staff member who came to direct contact with someone who tested positive for the Novel Coronavirus. In a more recent case, Etv’s most loved production Rhythm City has stopped filming because an actress tested positive for Covid-19 and is in self-isolation, The actress’s identity is not yet revealed.
Read Article
Read Article
Posts
apology shabangu

Fears are kicking into parents who are expected to bring their children to school in the next phase of schools re-opening, as of the second of July some grades will be added to the grade 7&12 group, and another group will be added on the 6th of July until all grades fully resume, with different time tables. The ministerial in Basic education plans, to continue with the current academic year, sighting that we will have to adjust to the new normality which is living under the Covid-19 crisis, and scrapping this year’s academic year was not an option. Meanwhile, the Gauteng province has started with Grade-1 online admissions and has so far received 68 000 applications. This has however caused technical glitches as the number of applications increased, resulting in some parents receiving acceptance messages without reference numbers, and also challenges with identity verification. The Gauteng Education spokesperson Steven Mabona has highlighted that these glitches have since been fixed. The online application will close on the 25th of July. Minister of basic education Angie Mothsekga has assured parents that schools are complying with strict health protocols to help curb the spread of Covid-19, However, there have been a number of confirmed positive cases and many schools have been closed due to cases of Covid-19, Minister said they are working round the clock to ensure safety in schools during this global crisis.
Read Article
Read Article
Posts
apology shabangu 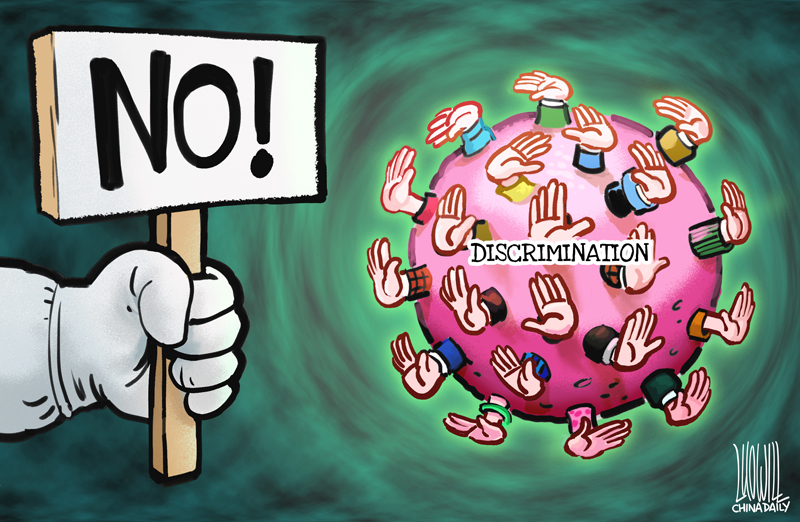 The social stigma around Covid-19 patients disturbs the recovering process of those with the potential to survive the Virus and makes it difficult for those who were in contact with positive individuals to test or those who show symptoms of Coronavirus to seek medical attention, because of the fear of the stigma around positive patients in communities. Some related social stigmas include racial, and nationality discrimination, as the virus first outbreak was in China (Wuhan) most Chinese nationals in different parts of the world mostly for work purposes are stigmatized. Due to conspiracies about the Virus attacking only Caucasians have previously caused stigmatization on white people, given the fact that the first case of Covid-19 in South Africa was said to be a white traveler who had visited Italy. In a recent case in South Africa, a teacher who tested positive for COVID-19 after a school meeting in Deveyton was in self-isolation when she tried burning herself to death, because of the stigma around Covid-19 patients in communities and anxiety. Her husband who is a teacher said the wife woke up at 4 AM in the morning and went to the kitchen, he and their 17-year-old son went to check up on her, after a short while they suspected something was burning when they got in her isolation room they found her in a blaze of flames, the husband used a blanket to extinguish the fire while the son grabbed a bucket of water to put out the fire while waiting for emergency services to arrive. The husband has since vowed to teach the community about the negative impact of Stigma around Covid-19 patients and educate the society about Covid-19. Global cases of Covid-19 are as follows:

Tito Mboweni has tabled a Zero-based budget, that is aimed at addressing the economical issues brought in by Covid-19. President Cyril Ramaphosa announced a R500 Billion stress relief funds in April, Tito Mboweni was outlining how these funds are going to be distributed in different sectors that are facing financial stress. A zero-based Budget initially has no amounts set aside for any government department. Each department needed to propose what they want to spend and justify the need. It is then evaluated to see if it is essential, then it can either be approved or denied by the minister. Tito Mboweni has estimated that the country’s economy will shrink by 7.2% by the end of 2020, debts in South Africa are some of the stumbling blocks for economic growth. South Africa owes over R4 Trillion in total. Now every 21 cents paid in tax will contribute to closing debt holes. An increase in Debt is expected to be hiked up to 81.8% compared to the initial estimation of 65.6%. The Land Bank was part of the beneficiaries in the budget, as a total of R3 Billion, will be allocated to save Land Bank. Minister said the country could not afford to lose the entity as it would jeopardize Food Security, stressing that it contributes 29% of the Agricultural debts. Meanwhile, there were no funds allocated to assist the Business rescue plan(BRP) meant to save the South African Airways, however the R10 Billion required by the BRP might be included on the October budget once the BRP is finalized. Other struggling state-owned entities like Eskom and the Taxi industry were left in the dark. The unemployment rate increased by 1% to 30.1%, and the Minister has said this was one of the greatest challenges for the Government.
Read Article
Read Article